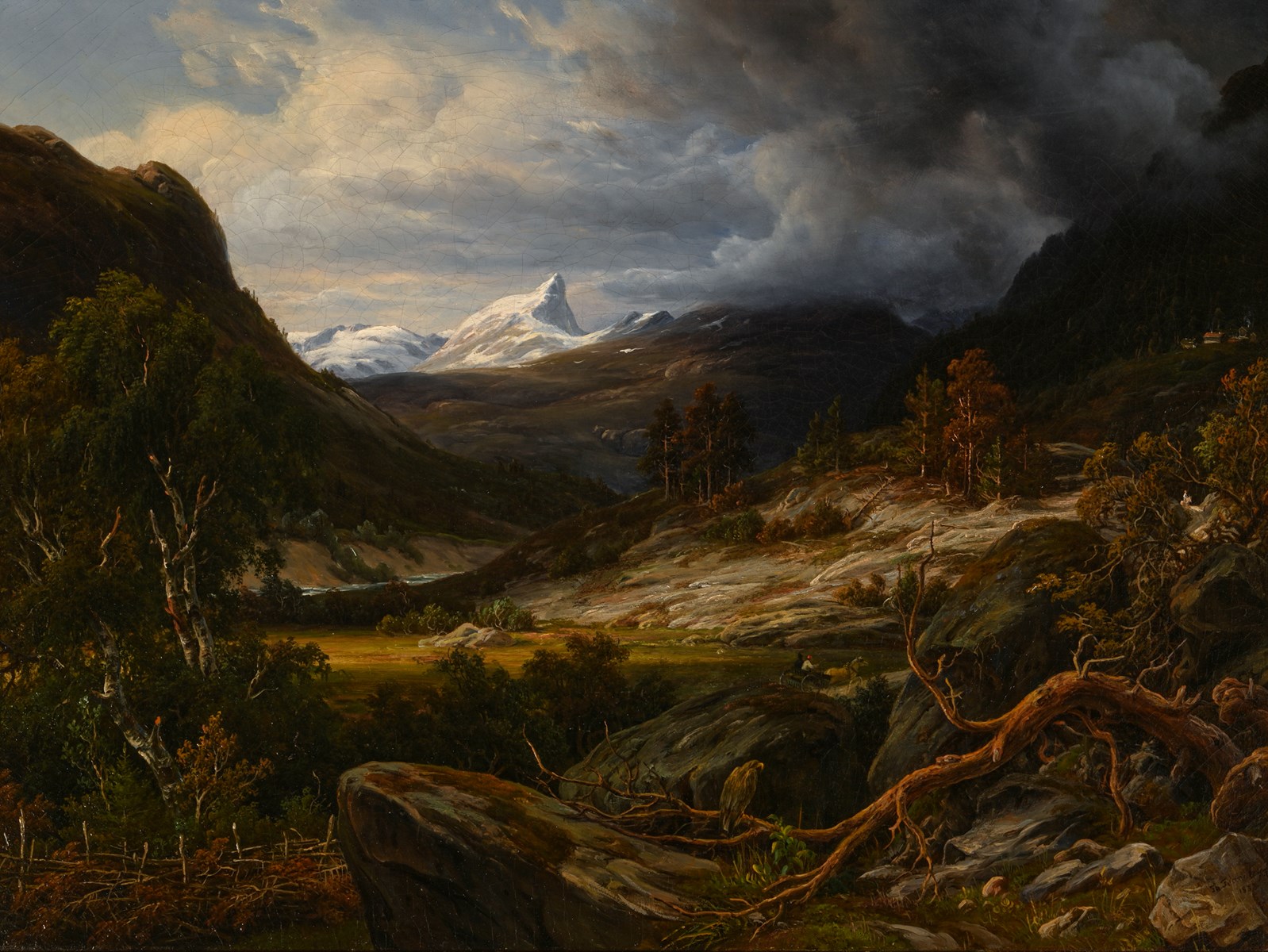 Romsdal, with Romsdalshorn in the distance

This painting shows Romsdalen, a valley in the Western part of Norway, in autumn.  Fearnley visited Romsdalen in 1836.  Dated drawings of the archipelago suggest he arrived by sea around 19th June.  A few days later he drew from the Romsdalsfjord and Molde.  On 28 August he sketched the pine trees and boulders on view here.  He painted several oil studies there; some were detailed motifs that he later used in large compositions in London where he had moved in 1836. Following a trip to the Lake District, Fearnley spent the winter months of 1837/8 preparing paintings inspired by his earlier travels for the 1838 exhibitions in London.  On 2nd February 1838, his friend Dr. Blick wrote to tell his wife that: ‘Fearnley brought me with him today to see the art exhibition, you will not be surprised to hear that I regarded his pieces amongst the loveliest of the 300 or so exhibited’.  This exhibition was at the Society of British Artists where Fearnley had a selection of works, possibly including this work, though the title Romsdal, Norway, could also refer to a painting titled View from Romsdal, 1838.

Romsdal, with Romsdalshorn in the distance