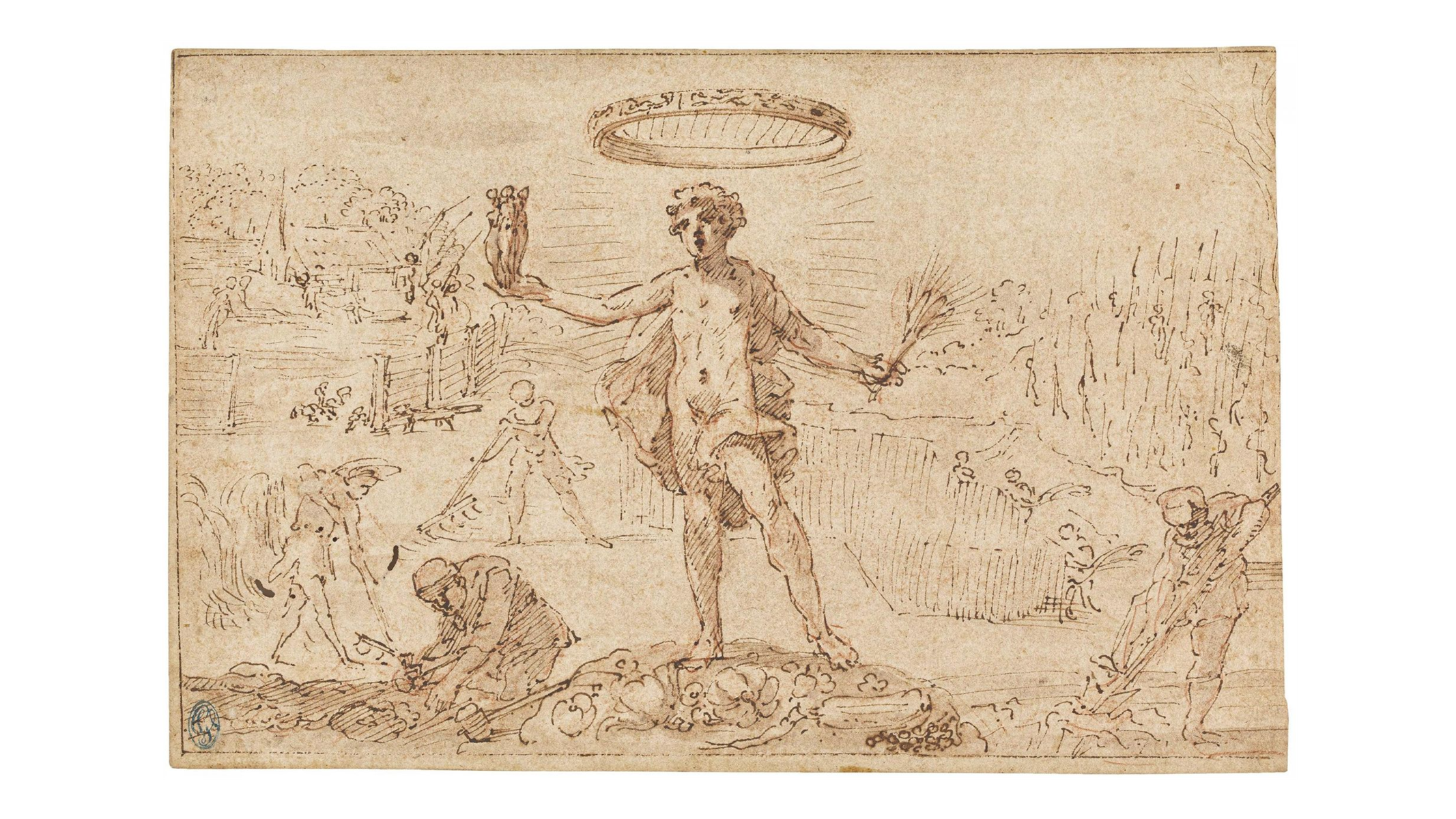 Since antiquity the four seasons have been frequently personified, firstly as female figures, horae, with fixed attributes, and then as winged male figures, genii. Although these male personifications find literary precedent in a passage from Ovid’s Metamorphoses (2:27-30), it was the female figures that caught the imagination of later Renaissance artists. Numerous series using female figures were created during the 16th century, and later on classical gods became commonplace in depictions, eventually replacing the allegorical figures.

The present drawing therefore, which uses a male figure, belongs to the rarer group, whose only surviving examples stem from late 16th century Netherlands. Maarten van Heemskerck created the first early modern series of this kind, after which a series of prints engraved by Philips Galle in 1563 are known. Heemskerck’s design combines the four seasons with a second classical concept, the four stages of man, and thus Summer is shown as a man in the prime of life wearing a garland of flowers and carrying ears of corn.

Heemskerck’s iconography seems to have found little favour with other artists and few examples of the Galle’s prints are known. One artist who did follow the iconography however was Hendrik Goltzius, whose design was engraved by his stepson Jacob Matham in 1589. Heemskerck, Goltzius, Matham and Galle were all active in Haarlem during the second half of the sixteenth century and it is possible that the artist of the present sheet was similarly based there.

The present sheet, underdrawn in red chalk and executed in brown ink and wash, follows Heemskerck’s general iconographic pattern but incorporates a number of idiosyncrasies, including the central figure's contrapposto, the surrounding labourers, and the settlement to the upper left corner.