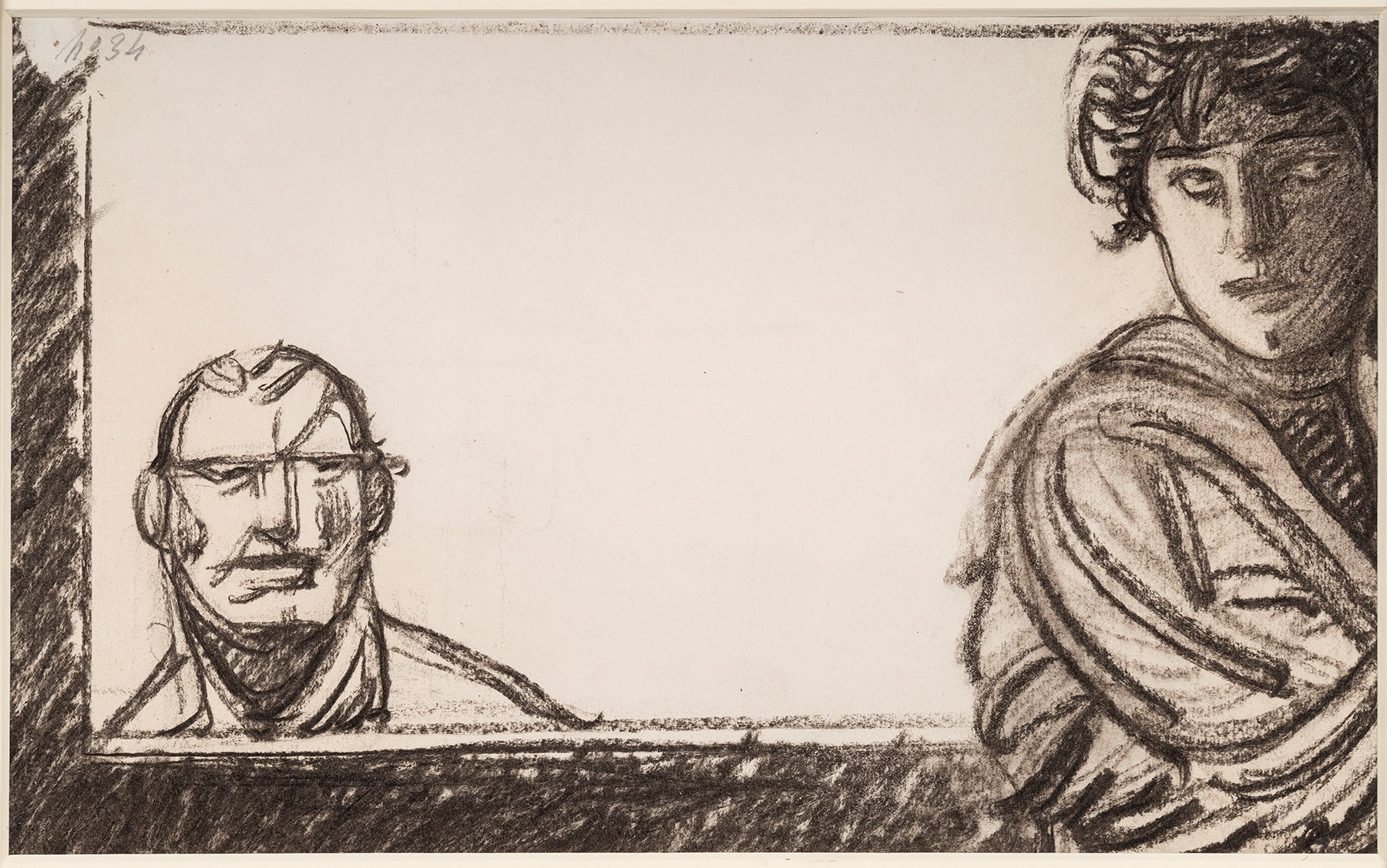 Man and woman on opposite sides of a window

Maxime Pierre Dethomas was a painter, draughtsman, pastellist, lithographer and illustrator. Born in Paris, his father was a Politician and his step mother belonged to the affluent middle-class of Bordeaux. In 1887, he studied briefly at the Ecole des Arts Decoratif and later the Academie de La Palette. Dethomas worked primarily as an artist from the early 1890s until his appointment in 1910 as the director of design at the Theatre des Arts. Later in his creative career he is best remembered for his set and costume designs for the Theatre National de l’Opera and the Theatre des Arts, Comedie-Francaise. He formed a close friendship with the artists Henri Toulouse- Lautrec and his brother in-law Ignacio Zuloaga. Dethomas was also associated with the Post-Impressionist avant garde group of artists ‘Les Nabis’. Exhibited widely both within France and abroad, Dethomas was highly regarded by his contemporaries. His early style owes much to the influence of Degas and Carriere, whilst later works tend more towards that of Toulouse- Lautrec and Legrand. He created vigorous charcoal drawings depicting views of Paris and Italy, as well as portraits of friends. As early as 1897 he produced advertising posters, which, as with his contemporaries, contributed to his fame. In 1912 he was awarded the Chevalier de la Legion d’honneur.

Man and woman on opposite sides of a window