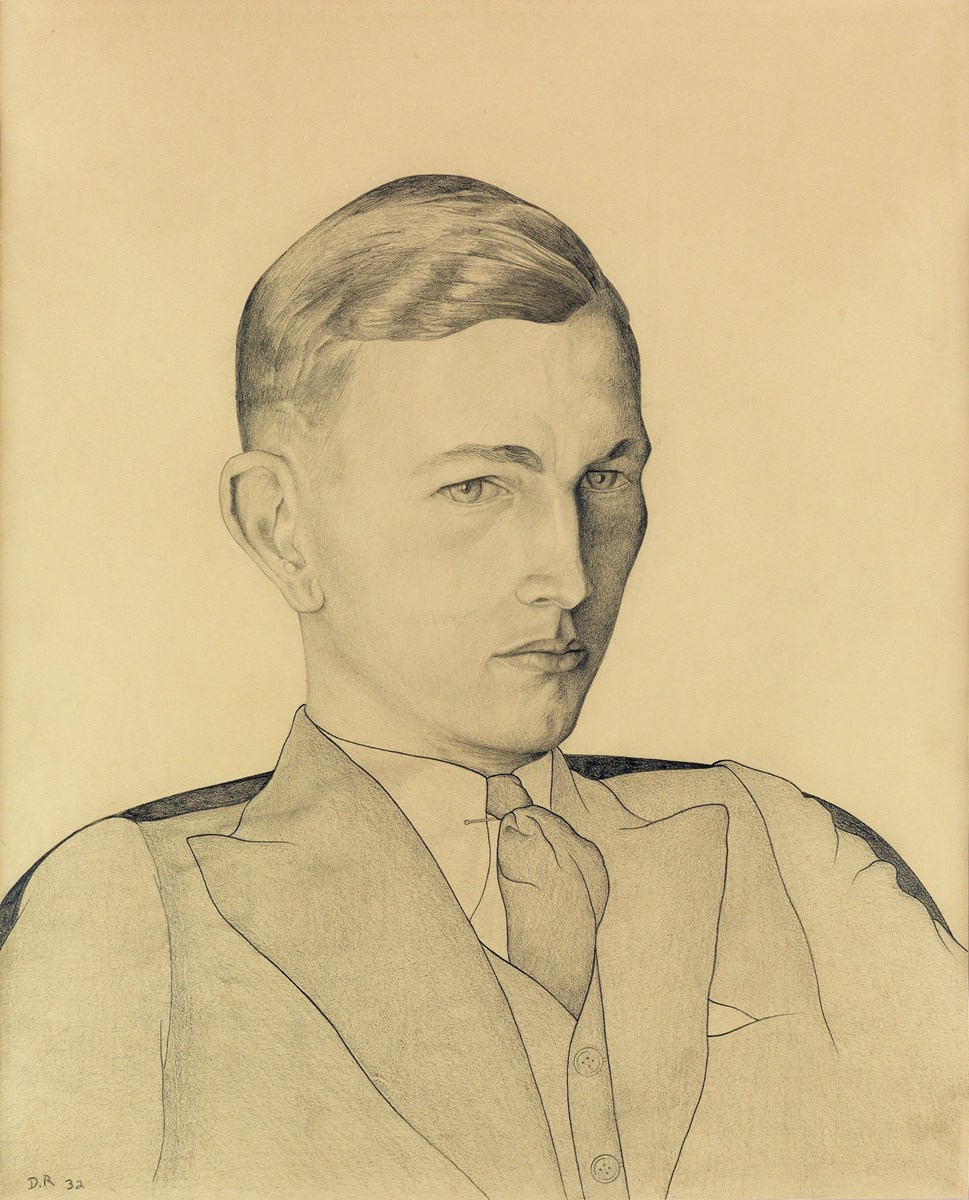 given by the artist to the sitterby descent

Diego Rivera and the American artist Ralph Stackpole (1885-1973) were first acquainted while studying in Paris during the early 1920s. Stackpole worked closely with the architect Timothy L. Pflueger on numerous commissions in San Francisco during the 1930s, and was responsible for bringing Rivera in to work on murals for the staircase wall and ceiling of the Pacific Coast Stock Exchange Luncheon Club in 1931, while Stackpole worked on the external sculptural design scheme. It was during this time that Rivera made the present sheet, likely from an earlier photograph portrait of Stackpole, while he and his new wife, the painter Frida Kahlo, were living and working at Stackpole's San Francisco studio. Only a handful of these graceful, Ingres-que portraits are known to exist, with their precisely worked up faces and sparsely detailed torsos. Many were done towards the end of Rivera’s stay in Paris, but he would return to the style throughout his career. They strongly reflect on Rivera's early academic training at the Academy San Carlos in Mexico City, which he attended from the age of 10, as well as his return to classicism around 1916.