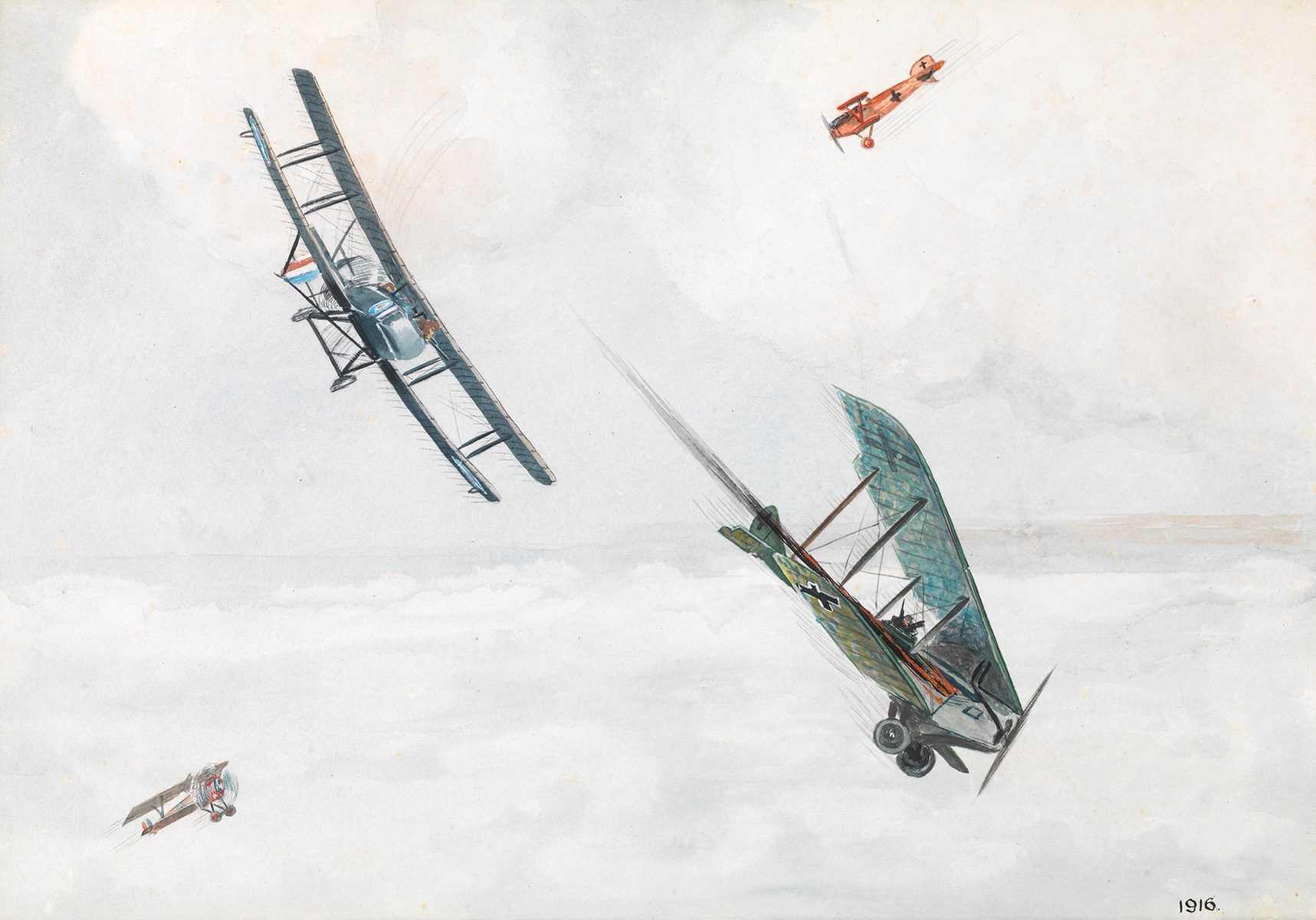 ‘1916’ - Combat between British and German fighters

Dating from 1916, this drawing of a World War I dogfight by W.E. Johns, author of the Biggles Novels, is among the earliest depictions of flying and aerial combat.
Commissioned into the royal flying corps, in 1918 Johns was shot down over the Western Front.
In 1932 he launched the magazine Popular Flying, in which his Biggles
stories, eventually to number close to a hundred, first appeared.

‘1916’ - Combat between British and German fighters