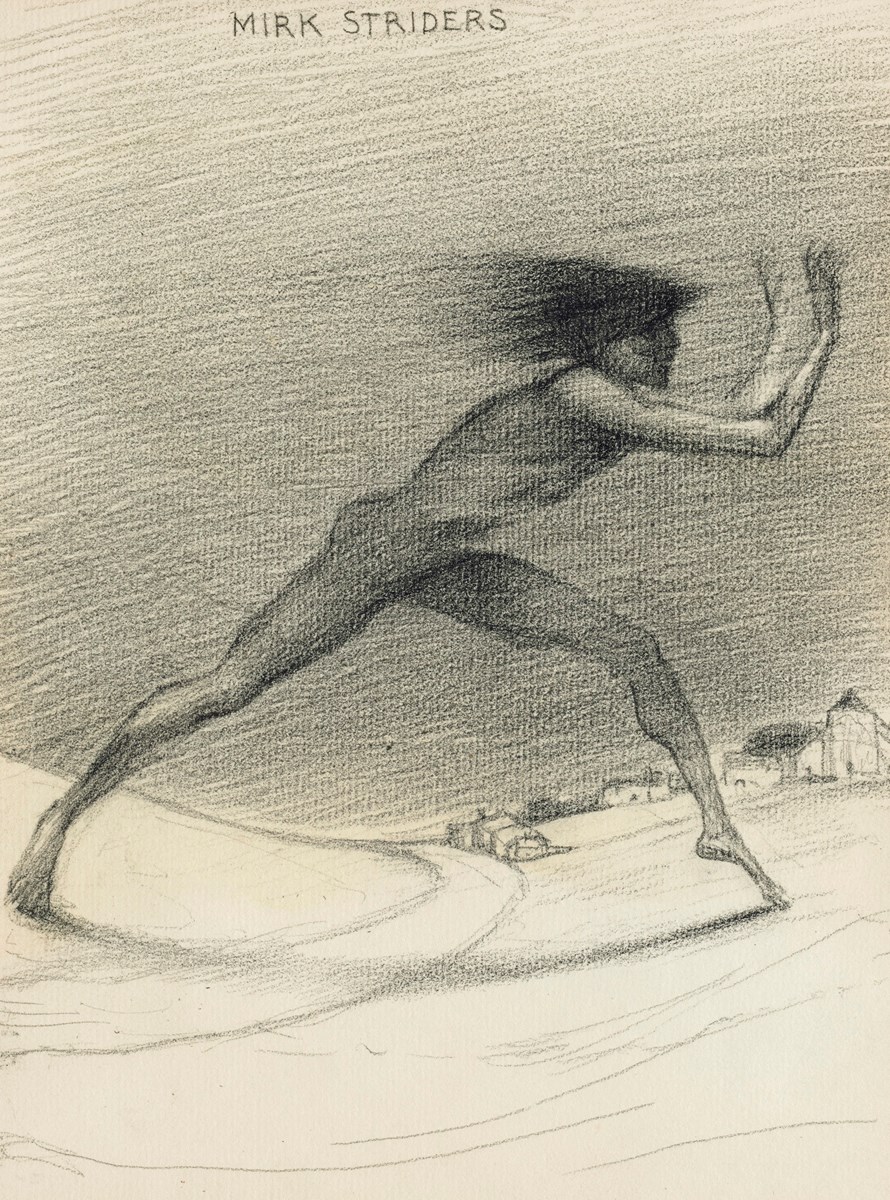 This is one of a group of drawings Burne-Jones made for his granddaughter, Angela Machail (later Thirkell).  The first one was made in 1892 when she was eighteen months old.  Angela later became a successful writer and in her 1931 childhood memoir, Three Houses, she records the creation of this sheet:

Best of all I remember the Mirk Strider, whom he drew at my wish one evening.  I sat close up to him, watching the horror grow.  With the very soft pencil that he used for this drawing he adumbrated a shadowy figure of unearthly size, clawing hands outstretched in front, hair flying backwards in the wind of its onward course, taking hills and valleys in its seven-leagued stride, a starless night overshadowing whatever evil it was bent upon.