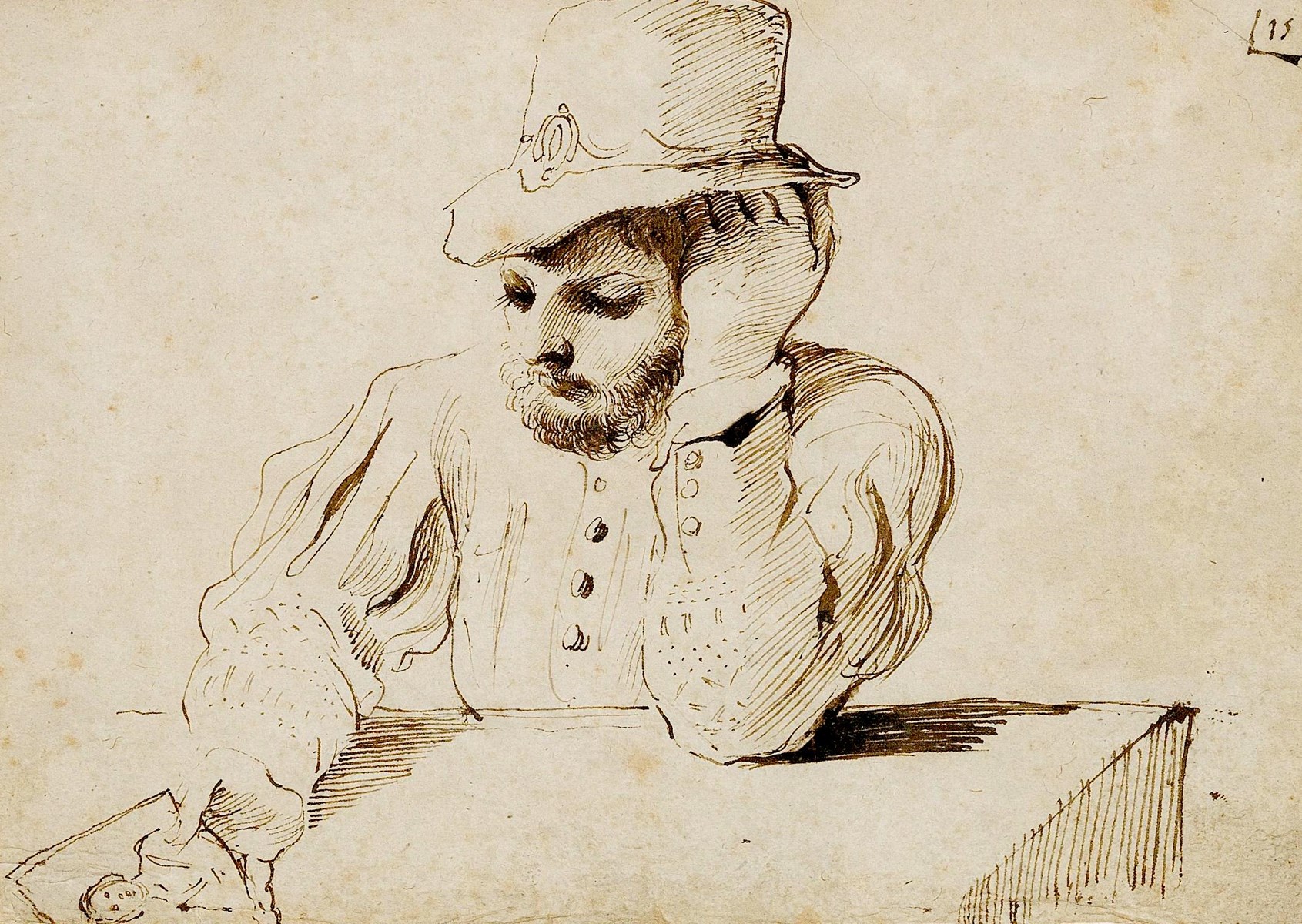 Portrait of a bearded man at a table, considering a female portrait

Nicholas Turner has confirmed the attribution and dates of the drawing to the 1620’s.
He makes a comparison with Girl looking at a drawing of a landscape (private collection), Woman pulling out a young girl’s tooth (Ashmolean Museum, Oxford) and Beggar with two children (Louvre).

The number 15 written in pen in a small box, top right, demonstrates that the drawing was in Guercino’s studio in the years before the middle of the 17th century. An identical numbering appears on other drawings by Guercino, most notably on a drawing, Landscape with a Winding Road, Royal Library, Windsor Castle, Windsor.

Portrait of a bearded man at a table, considering a female portrait