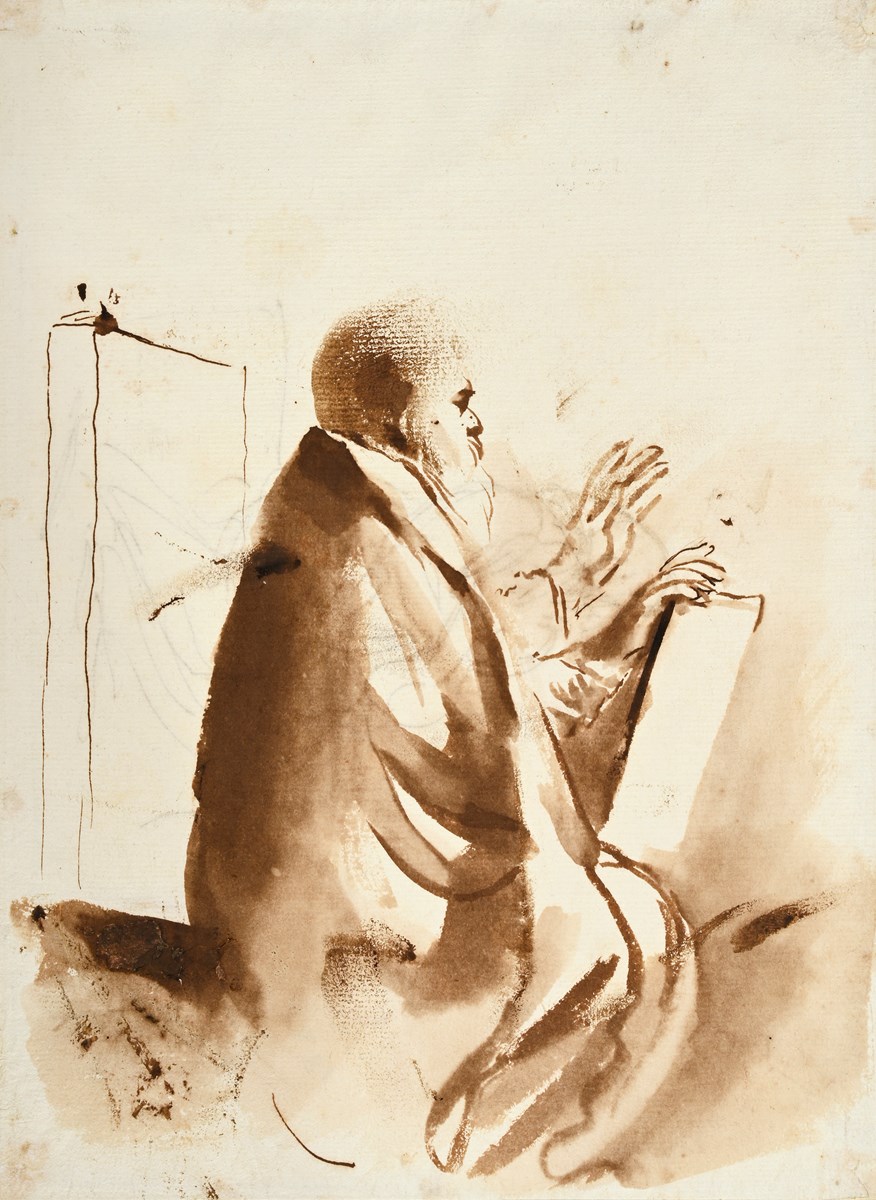 Guercino carried out this drawing at great speed, mostly in brush and strongly contrasting tints of brown wash.  He picked out a few details in pen, including the back of the throne, with its finial at one corner; some of the features of the priest’s face; and some slight corrections to the fingers of the right hand.  The smudging of the wash in his feathery hair is masterly.  Guercino would have achieved this effect by dabbing with the tip of his finger just enough of the wash to cover the raised surface of the white paper but not enough to fill its crevices.  The priest’s fluffy hair is an ideal foil to his smooth face and voluminous white beard.  Four centuries on, the sparkling reflected light at the top of his head seems as immediate as when the drawing was first made.