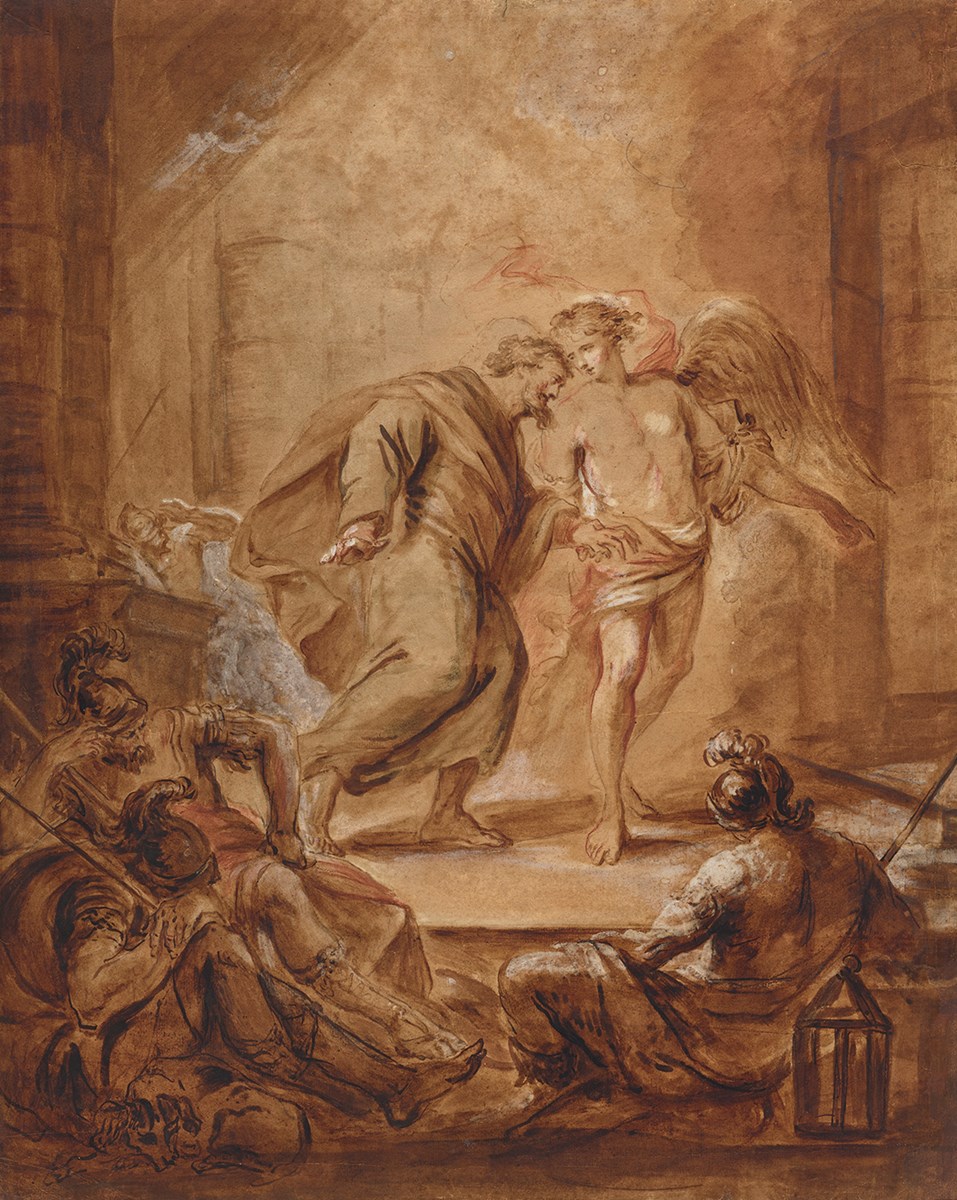 St. Peter freed from Prison by an Angel

This drawing must rank as one of the most splendid examples of Jan Boeckhorst’s graphic oeuvre. The scale of the sheet and the high degree of finish suggest that it was made either as an autonomous work of art, or as a bozzetto, although there is no surviving painting of this subject.  The scene derives from an account in the New Testament, The Acts of the Apostles, ch. 12, in which Peter is unchained and led out of Herod’s prison by an angel, “and wist not that it was true which was done by the angel; but thought he saw a vision.”

The fine features and long limbs of the angel correspond exactly to those in other paintings and drawings by the artist.  A good example, in which the figure is almost identical but in reverse, is the depiction of the god Apollo at the left side of the painting, King Midas Judging the Music of Pan, which can be found in the Hans Platzer collection, Zollikon.  Again, there is a similar figure in Boeckhorst’s, Apollo and Python, in the Fine Arts Museum, Ghent.  Both paintings seem to date from the 1650s, although they still bear the strong imprint of van Dyck, with whom Boeckhorst worked both during and after the younger artist’s time in Rubens’ studio.  Similarly, Boeckhorst himself collaborated with Rubens in the 1630’s, from whom he seems to have picked up the practice of making oil sketches. The present drawing indeed bears some similarities with the character of an oil sketch.

The painterly rendering of the foreground figures again has its counterpoint in other drawings, for instance in the study for The Martyrdom of St. Stephen in the Albertina Museum, Vienna, or The Martyrdom of St. James in the Philadelphia Museum of Art, itself a study for Boeckhorst’s painting of the subject in the Westphalia State Museum, Münster.

St. Peter freed from Prison by an Angel