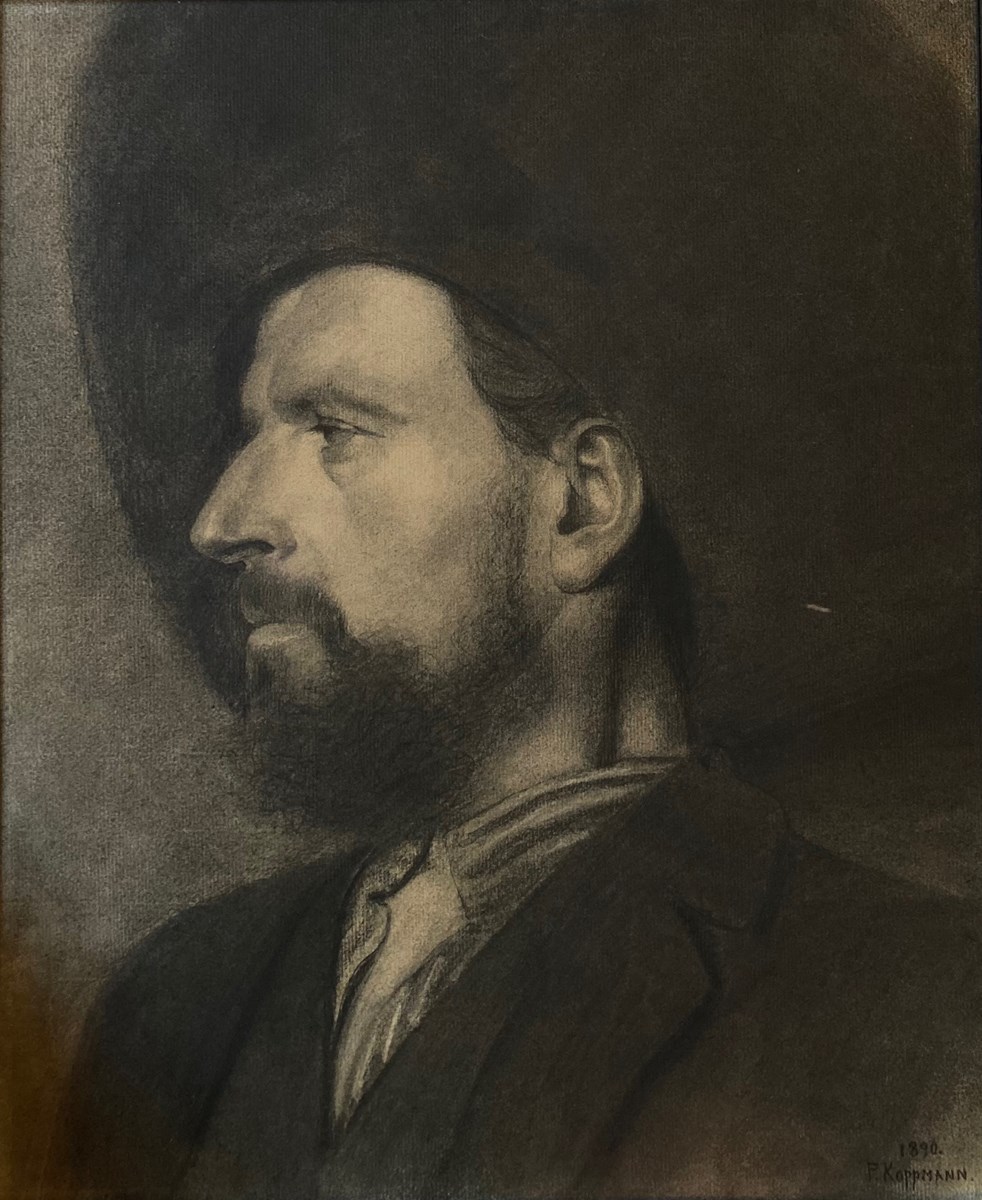 Portrait of a Bearded Man in a Hat


Fritz Koppmann was a Hamburg born portrait, landscape and marine painter, who trained at the Düsseldorf School of Painting. Very little is known of his life, save that after his initial training in Düsseldorf he went on to work in Munich, Weimar and Paris. The back of the drawing’s original frame however leaves a number of tantalizing clues as to his life. Attached is a theatre programme from a 1924 performance of Zopf und Schwert, a popular comedy by Karl Gutzkow, at the Stadttheater in Kiel. The characters and their respective actors are listed, with the part of “Eversmann”, King Friedrich Wilhelm of Prussia’s valet, played by Koppmann. Written above the programme is a note in a German hand that translates to “Kiel 1924 December Anscharhaus, for the treatment of Mr F.W Koppmann”. The Anscharhaus was a Red Cross centre in Kiel so it is plausible that the drawing was sent as a token of Koppmann’s gratitude for the hospitality and treatment received during the visit.

Koppmann’s biographical illusiveness and his evidently manifold artistic talents add a touch of mystery to the attractive bichrome portrait. The fact that he died at most three years after sending the drawing, adds an air of melancholy to the story too, as it was likely the same ailment that persisted and eventually overcame him.

Portrait of a Bearded Man in a Hat