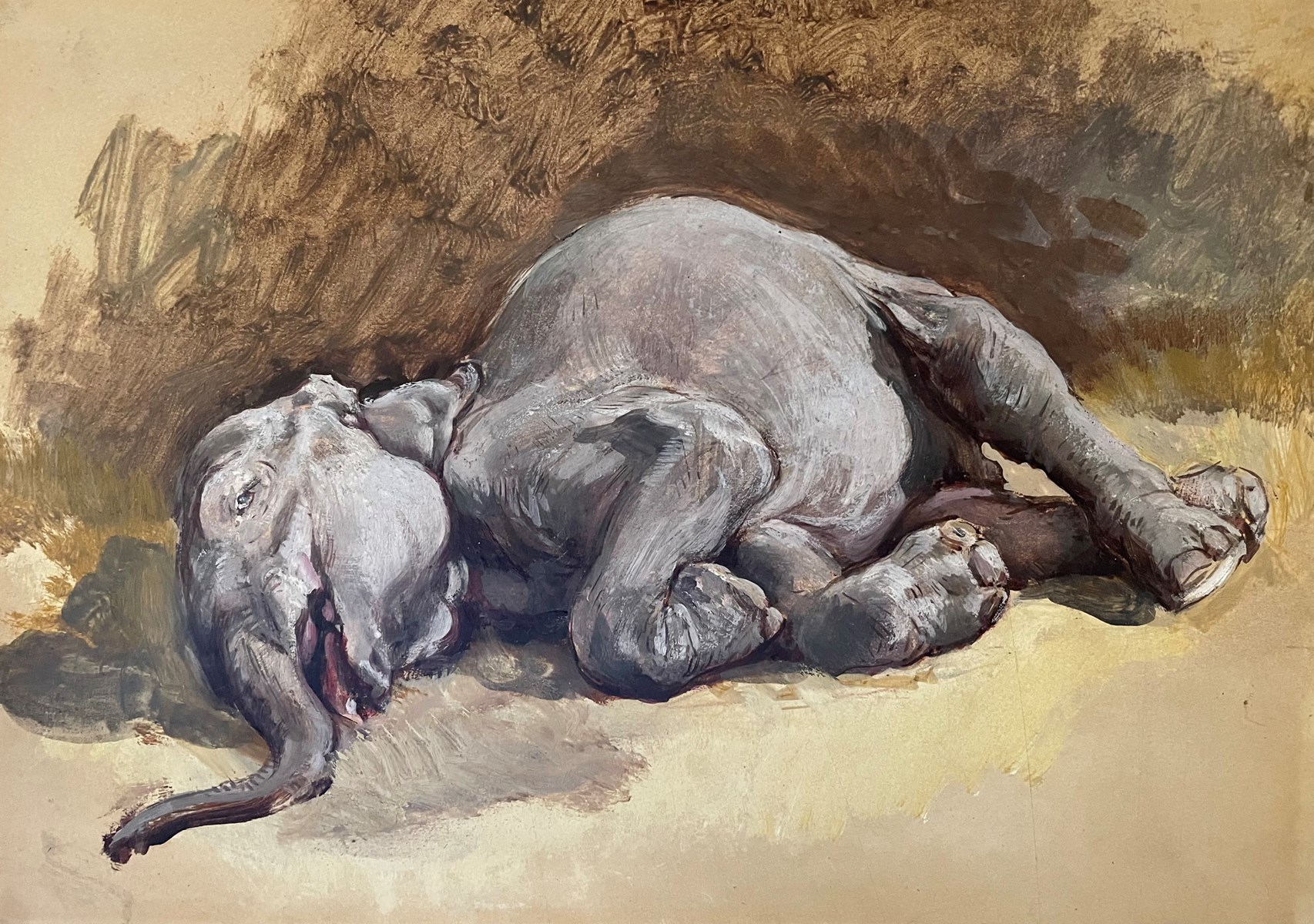 A Young Elephant Rolling on the Ground

Jumbo, the London Zoo’s first African elephant, arrived in England in the Summer of 1865. The five-year old was in poor health upon his arrival from Paris, but was soon nursed back to full strength by his keeper Matthew Scott and proceeded to grow to the vast size for which he was renowned. The young elephant aroused great excitement amongst the visiting British public, and soon became a national icon owing to his huge stature and the popularity of the rides that were offered to young children.

The elephant’s somewhat spindly legs, lack of tusks and short trunk would suggest that this sketch was made from life shortly after Jumbo’s arrival in London. The work combines two of great Victorian pictorial interests: animals, and the exotic. Animal painting had been popularised and elevated as an art form throughout the 19th century by William Huggins and Sir Edwin Landseer through their sentimentally charged renditions of domestic and wild creatures. Indeed, the present work was once attributed to Landseer and although the animal is imbued with Landseeresque emotion the sketch belongs to a thus far anonymous member of the British School, with Jumbo’s arrival in 1865 serving as the terminus post quem.

A Young Elephant Rolling on the Ground