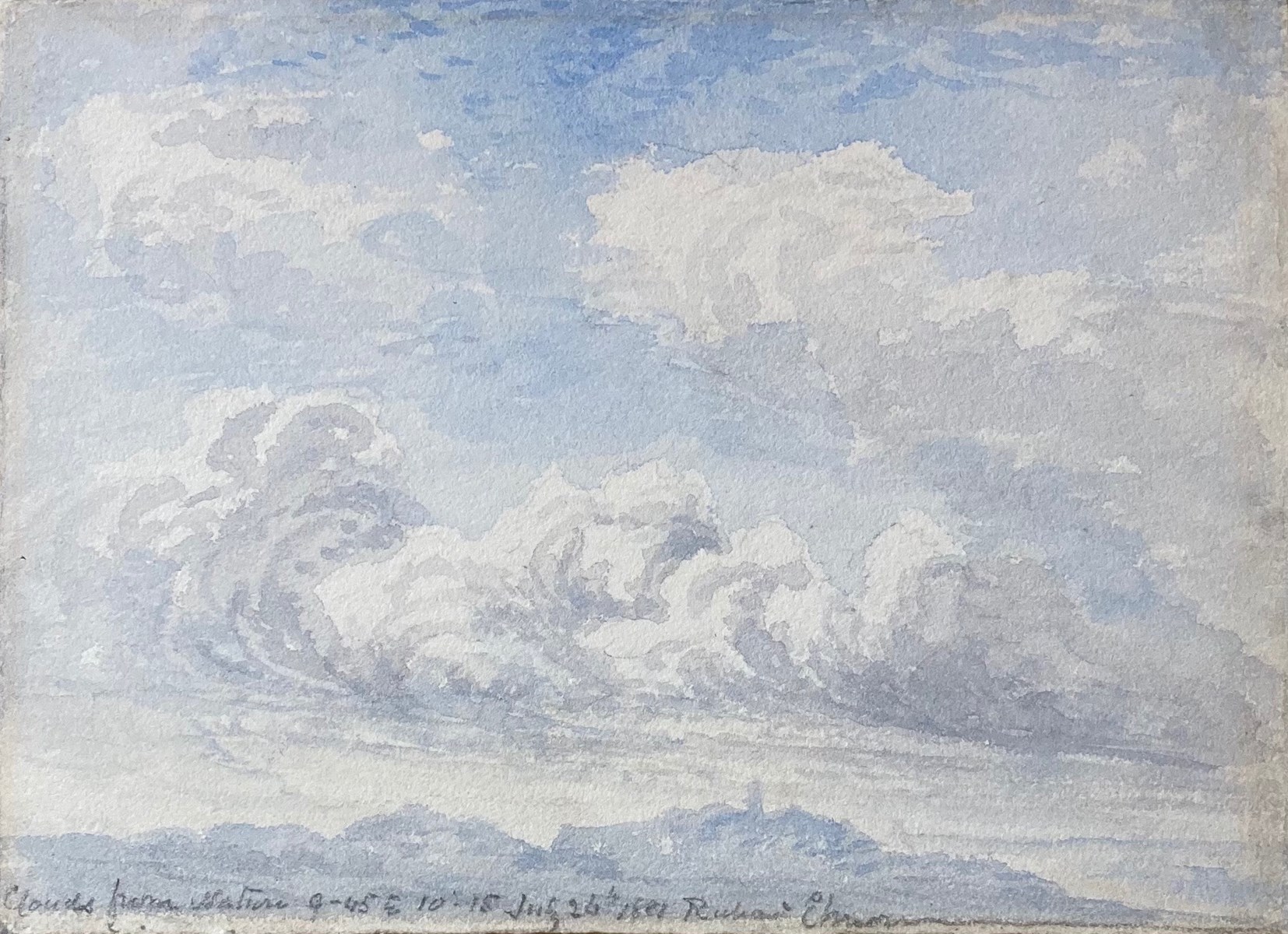 As one of the leading artists of the Victorian age George Richmond’s career spanned some forty years and encompassed a variety of media, from crayon and watercolour to oil and marble. He produced a number of cloud studies similar to the present sheet across this long career, the earliest of which, from 1853, can be seen in the Yale Center for British Art, whilst another example from 1877 was sold at Sotheby’s in 2018.

As with these earlier studies, the present sheet is inscribed and dated. “Walton” may refer to Walton-upon-Thames, Surrey, near the home of Richmond’s dear friend Samuel Palmer. Along with Palmer, Richmond formed an artistic group known as "The Ancients” who were early devotees of William Blake. In the months leading up to Palmer’s death in May of 1881 Richmond stayed nearby, providing much solace and comfort to his friend. In January of that same year, Richmond’s wife Julia had also passed away. He painted little after her death and discontinued portrait commissions. He did however sketch occasionally and continued to sculpt. This cloud study thus offers a poignant sense of escapism at a time of great personal loss for the aging artist.

An alternative possibility is that "Walton” refers to the coastal town of the same name in Essex, where Richmond is known to have sketched from nature earlier in his career and may have revisited following the passing of his wife and friend.