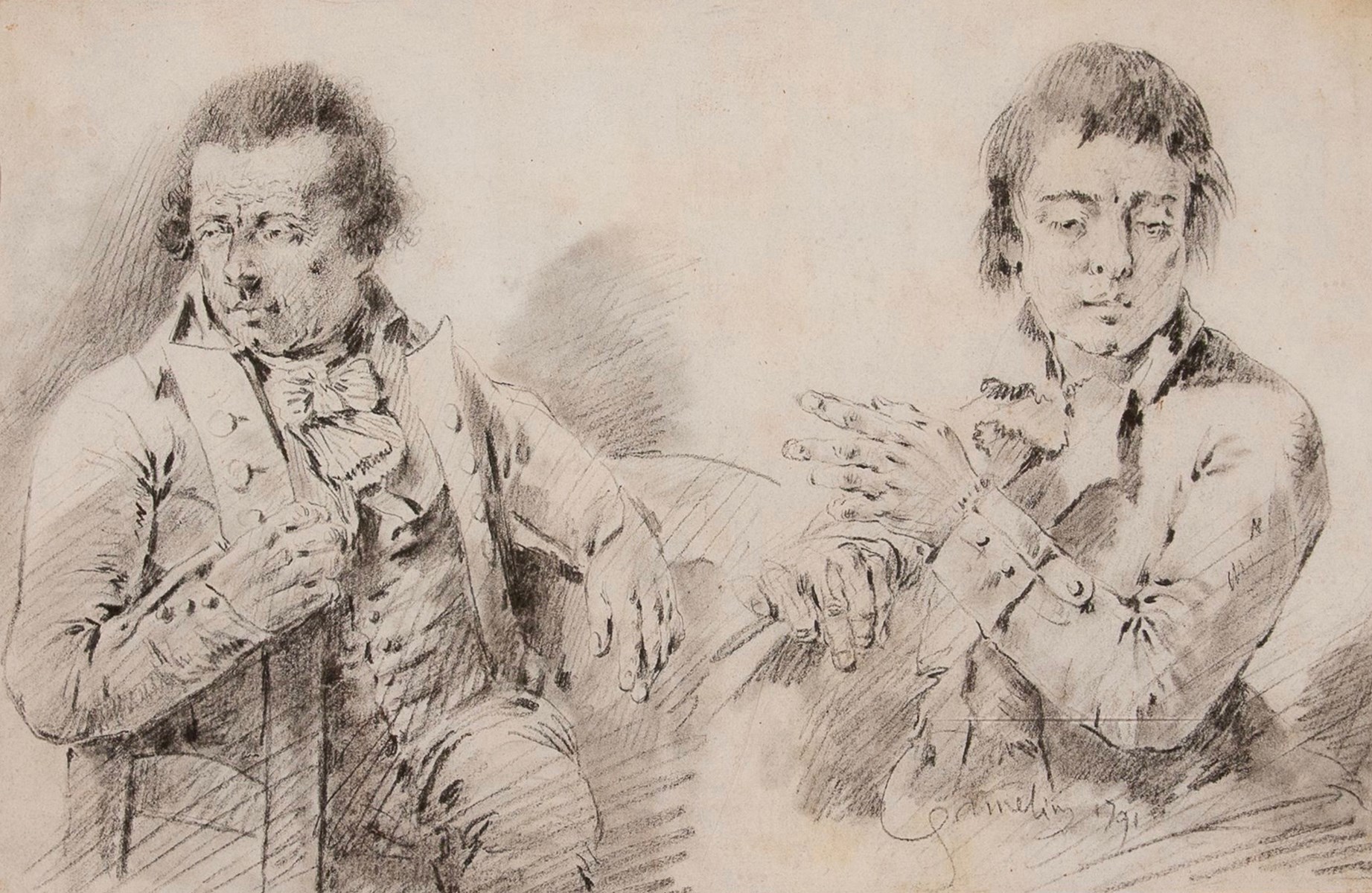 Jacques Gamelin was a native of Carcassonne and spent the majority of his career in the surrounding environs of Southwestern France, where he became the most notable painter of the late 18th century. During his early years however Gamelin undertook apprenticeships in Toulouse, under Jean-Pierre Rivalz, and in Paris, under Jean-Baptiste Deshays. He then spent a decade in Italy under the patronage of the Baron de Puymaurin. In Rome Gamelin was met with acclaim and by 1770 he had become painter to Pope Clement, yet on the death of his father in 1774 he returned to France. On his return Gamelin was appointed as director of the Ecole de Dessin de la Société des Beaux-Arts de Montpellier and continued to undertake commissions for both religious and secular works. The surviving works include paintings for the Cathedral in Carcassonne, episodes from Classical mythology, portraits of private patrons, and perhaps most notoriously, contemporary battle scenes.

The present sheet, executed in 1791, is a more intimate example than Gamelin’s portrait of Rouyer at the Metropolitan Museum. The double format of the work is particular and reflects Gamelin’s classical interests, calling to mind the friendship portraits of Raphael and Pontormo, where sitters are depicted at ultimate ease in each other’s presence. Gamelin’s free handling of chalk and his mastery of shadow accentuate the languor and confidence of the sitters, whilst the medium, black ink and stumped chalk, was often used by Gamelin during the early years of the Revolution. Although the sitters remain unidentified, their poses and association with Gamelin would suggest an abolitionist stance. Other examples of Gamelin’s use of black ink and stumped chalk can be seen in a series of landscapes at Narbonne, whilst additional drawings can be found at the Metropolitan Museum, the Detroit Institute of Arts, and the Louvre.